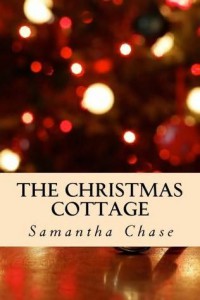 Ava is getting married. Lacey, Ava's best friend and maid of honor, is tasked with decorating Ava's family cottage. This cottage has a reputation as bestowing upon a couple a happy marriage. Ava's brother, Ean, is also tasked with helping. Lacey has been in love with Ean since they were teenagers. When Lacey was 14, and Ean 18, she professed that love. Suffice to say, Ean didn't handle it well and they haven;t spoken for 12 years.
I liked this mainly for Lacey and Ean. Both are good characters on their own and compliment each other well. They are also likable. This novella was well-paced. However, I hated Ava. In love with the idea of being married and a complete Bridezilla. She was a BITCH. She did redeem herself in the end, but not enough for me to want to read her HEA (Ever After).