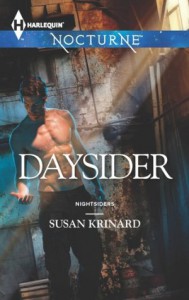 Okay, were to start? This was a somewhat interesting dystopian, vampire story. Damon, is a Daysider, a not-quite vampire nor human that needs blood to survive and can go out in the sun. He works for the vampires. Alexia is a Dhampir, half human and half vampire. Some need blood to survive, others don't. She works for the humans.
Not cut and dry, unbeknownst to either of them, they were part of an experiment. They fall in lust, not quite trusting the other. For the length, there was just too much going on, many characters, and multiple different names for the same thing. (The vampires called themselves Opir, the humans called them Nightsiders and on it went).