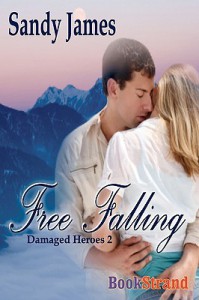 Better than the first book.
I liked that there's a lot happening; a rescue, mistaken identity, a stalker, a 2nd rescue, and a mystery. I have to admit the "mistaken identity" is one of my favorite tropes. Laurie and Ross do fall quickly, but it felt believable. I liked the 1920s style mystery. I liked Ross and Laurie's comprising. I liked Laurie rescue of Ross in the beginning. Laurie's ability was also a cool one.
What I didn't like/annoyed me: Laurie's stupidity. And her roommate's. The whole, we forget to lock out door! Or if we have to carry a key around we will lose it! Really?! Then, after the office gets ransacked, someone (walks right into) breaks into her home and does the same to her bedroom, and she gets pushed down the stairs; she STILL forgets to look the door? What?! And this leads to an event that later happens to Laurie and she needs to be rescued.
I also thought the ending was a bit rushed. I would have liked to read about Ross and Laurie arriving to the conclusion they did. Earlier in the book, I thought that was a viable solution to Laurie's issue (not the door locking; she's promised her parents she will take over the chair of her family's charitable Foundation when she turns 30). It would have been interesting to read about the "light bulb" moment.
Bruiser, Sheila, Deepika, and Andrew were all decent supporting characters.