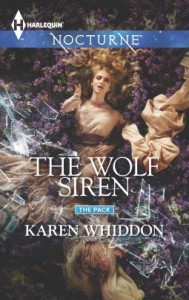 Lilly has been held captive and tortured for 15 years. Thought dead by her twin brother Lucas, she is rescued by him and The Pack (in The Lost Wolf's Destiny). Turns out there are some of the group that escaped and are free and are after Lilly. Kane, one of The Pack's Protector's, is assigned as her bodyguard.
I thought Lilly started out very meek, scared at her own shadow at first. I liked how she gradually got stronger and more self confident. I liked how she was able to save herself and didn't require rescuing. I was pleasantly surprised!
One thing that I thought was strange was how Kane was surprised more than once by the approach of someone. As a wolf shifter, I would have thought he had enhanced hearing and would have heard.