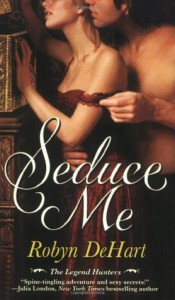 Esme is a 27 year old book loving, intelligent spinster. Fielding hunts treasures/antiquities for money. They cross paths when she is kidnapped and he is hired to find Pandora's box.
I really liked this. I liked the mix of adventure, mythology, and romance. Of course Pandora's box is opened; but not only by the easily guessed, but others too. Nice twist on the Raven's identity. Interesting how families have a lack of communication which could have solved some issues (but then Fielding and Esme might never have met, so that wouldn't have worked!) much earlier. Just talking. It's amaze balls how it helps so much, shocker that.
Interested in the next, Max's story (who is fascinated with the legend of Atlantis). Graeme's, how made an appearance in this one at the end, is book 3.