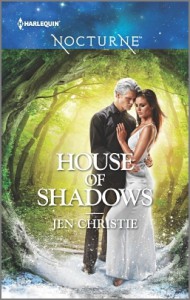 And this turned into a bit of a rant.

This started off so good.  Penrose was born out of wedlock and her mother gave her her father's last name (and of course this being the 1880's that  is was just not done).  When her mother died, Penrose did what she could to survive and took another's position at Arundell house.  Carrick is an eccentric inventor....who also happens to be an albino and a recluse.

The 1st half was so good.  Penrose arriving and gradually befriending Carrick and then starting to fall in love.  The non-existent relationship between Carrick and C.J. starting to form.  I liked the idea of secret passages.

Then it went to shit.  So an earthquake happens and catapults Penrose to modern day Arendell and it's new owner.  Keat also happens to look just like Carrick, but isn't an albino.  I thought he was an asshole and the moment he became less of an asshole Penrose fell for him.  I didn't see them together and felt their relationship happened too quickly.  Carrick and Penrose's relationship in the first half was more believable and more time was spent on it.

I also just shook my head at Arendell- first it's in Charleston and then the whole antebellum home was moved to Montana (I think it was MT).  Because Keat values his privacy and needed more space.  Whatever.

I also didn't like how Penrose in the 2nd half was all about getting a makeover and got a dye job from her natural dark hair to blonde (and of course Keat thought she was even more beautiful).  I also was irritated that the ultimate love interest was Keat- handsome, rich vs Carrick (who I wanted to see get his HEA).  And it is implied he does, just not on the page.

I thought the time loops came out of nowhere.  It's addressed in the last couple of chapters.  Wham, bam, done. I would have liked more of an explanation because the idea was interesting (Penrose existing x 2, C.J. caught in a loop).  But it was just too little explanation and just felt thrown in there.