A Match Made for Thanksgiving 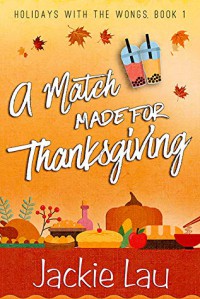 I've read a couple of duds recently and this one was fun! Nick is a playboy who grew up in a small town feeling isolated and different. His family and 1 brother still live there. Lily also grew up in a small town and was the "good girl" in her family. Her boyfriend recently broke up with her because he thought she was boring. So, to be less boring, she seeks out a one-night stand. And you can guess that one-night stand is Nick. They rock each other's world. And they part thinking that's the last each will see of the other.
This was perfectly paced and I enjoyed the secondary characters. Nick's family is meddling and hilarious. It's apparent they love him. The same with Lily's, but they are less on the page. I bought the next (Greg's story) and plan to read it in the next week or 2.