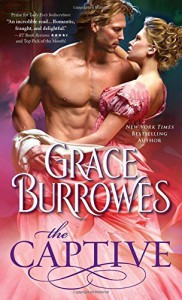 Christian was captured, held captive, and tortured for almost a year. He is freed at war's end. This book had heavier issues due to this. He had to deal with the trauma done him- both physical and emotional. Gillian was married to an abusive man for 8 years before died of a stroke. To get an idea of how sadistic this guy was is he tried to frame Gillian for his (natural) death.
Both Christian and Gillian connect and find comfort in each other while carrying for Christian's daughter Lucy. Something happened and now Lucy does not speak at all. While he was a prisoner, his wife (Helene- Gillian's cousin) and son (Evan) died.
The book did drag for a little while in the middle. Then the suspected attempts on Gillian's life happened and it picked up again. I think the villain responsible for that (and Christian's capture in the first place) is easily guessed at. And also Lucy's inability to speak.
Girard's (AKA Sebastian St Clair) story is the next book and I admit to being leary about that. Girard was a villain in this one (he was one of Christian's torturers), but was humanized at the end of the book.
For Romance-opoly Courtship Row Moon track