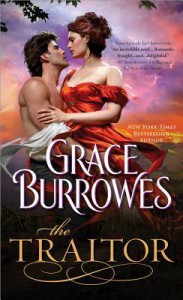 Sebastian (known as Girard at the chateau) was the villain in the previous book. Towards the end of The Captive, Sebastian was humanized, but I was curious if he would become a likable character. While in France, through no fault of his own, he was trapped when war broke out and did what he could do to survive. More is revealed in this book regarding his efforts to save the captured British troops under his care. And the help he had.
Millicent (Milly) was a poor relation thrown into an engagement not of her choosing. With her elderly aunts she comes up with a plan to avoid said engagement. That plan was, to go into service as a companion. She become the companion to Sebastian's aunt Freddy.
This was a wonderful slow burn romance. I could get behind the romance. Sebastian I could understand. I loved how they talked to each other. There was no big misunderstanding. I really liked Aunt Freddy, Micheal Brodie (whose story is next). Brodie's "mission" is revealed in this one.
My only complaint was Henri Anduvoir. The villain got his off the page and I wanted more regarding his punishment. I think he got off too easily.